Day of Folklore and recipients of the “Folklore Honey” award

In honor of the 100th anniversary of the birth of the famous folklore collector, Jurgis Dovydaitis, in 2007, the employees of the Folklore Archive Department decided to establish the “Folklore Honey” award to recognize outstanding contemporary folklore collectors. Together with the attendees of the event, they decided to proclaim October 19th, J. Dovydaitis’s birthday, as the Day of Folklore. Since then, the winner of the “Folklore Honey” nomination is announced every year on October 19th, and in this way, we symbolically express our gratitude to the helpers of the Lithuanian Folklore Archives. 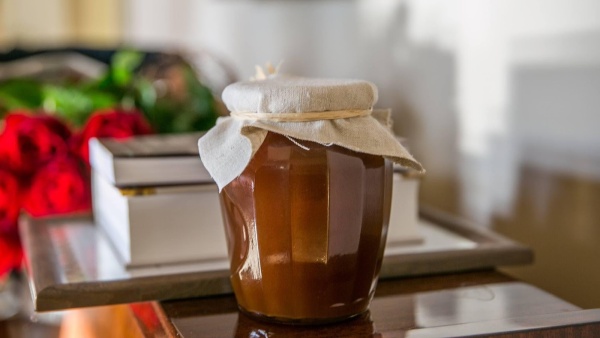 The first “Folklore Honey” award was given to a Sudovian cultural worker, Jaunis Vilius during Jurgis Dovydaitis’ centennial celebration (Oct. 19 2007). Rytis Tamašauskas received the second award in 2008 during an academic conference. In 2009, the geologist Dr. Vytautas Skuodis, received this recognition at a public event in the Vilnius Teacher’s House. In 2010 we traveled to Leipalingis primary school in the Lazdijai region, where, together with the local community, we congratulated the fourth laureate - the teacher Ona Bleizgienė. The fifth recipient of this award was the journalist Dr. Aldona Kačerauskienė, whose greatest passion and success was the collection of songs of Lithuanian resistance fighters, deportees, and dissidents. In 2012 the sixth award went to Marta Juškaitė, the bibliographer of the Kaunas regional public library and a long-time participant of ethnographic expeditions. In 2013, in honor of the 150th anniversary of the wonderful singer from Aukštaitija, Elena Zaukienė, and the 110th anniversary of her daughter, Emilija Zaukaitė-Kuzavinienė,  the “Folklore Honey” award was given to their descendant and keeper of their tradition, Edita Kuzavinytė-Meškuotienė. The eighth nomination in 2014 was awarded to the keeper and researcher of the ethnocultural heritage of the Elektrėnai region, Ona Rasutė Šakienė. In 2015 the archeologist prof. Dr. Vykintas Vaitkevičius received the “Folklore Honey” award for his continuous contributions to the collections of the Lithuanian Folklore Archives, as well as for attracting wonderful student helpers and keepers of local memory, encountered during expeditions. In 2016 the musicologist prof. Dr. Rimantas Sliužinskas was selected from the nominees for the breadth of his folkloric research, and the impressive amount of material presented to the Lithuanian Folklore Archives. In 2017, the pot of honey was awarded to the long-time director of the Local History Museum of Utena, Balys Juodzevičius, for his copious collection of sound recordings of folklore and memories of the armed resistance. In 2018 the title of laureate went to the heritage specialist and historian, Valdas Striužas, who received his initial training in folklore collection during ethnographic expeditions organized by Vilnius University Ramuva. He went on to document numerous musicians, singers, and narrators throughout Lithuania and gave the Lithuanian Folklore Archives his vast collection of sound and video recordings as well as photographs. In 2019 Rima Vitaitė, the ethnographer of the Zarasai Cultural Center became the thirteenth laureate of the “Folklore Honey” award for her frequent visits to folklore informants along the eastern borders of Lithuania, and the valuable folklore that she recorded from them.
Gražina Kadžytė
Assist in describing a photograph or manuscript
Send recorded materials